During the planning phase of KKnD Krossfire, the team decided to use the existing KKnD engine instead of writing a new one. To reach this goal, the engine had to be partialy recoded to use Win32 and DirectX technologies. As a result of this, KKnD Xtreme got released with the updated engine. For countries which do not had Windows 95 and were unable to run 32bit applications, a 16bit KKnD Xtreme got released. This special release is called KKnD Special Edition which is a 16bit build of KKnD Xtreme.

Special Edition menu
Add a photo to this gallery 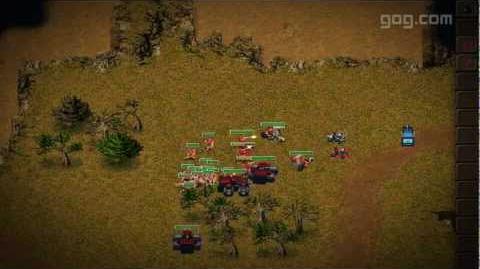 Retrieved from "https://kknd.fandom.com/wiki/Krush_Kill_%27n%27_Destroy_Xtreme?oldid=3222"
Community content is available under CC-BY-SA unless otherwise noted.