Krush Kill 'n' Destroy, or KKnD, is a post-apocalyptic real-time strategy game developed by Beam Software, and published by Melbourne House and Electronic Arts, on March 25, 1997.

KKnD Xtreme is the improved and extended version of KKND, and was released on October 31, 1997.

In the year 2079 conflicts arose between the major nations of Earth. A nuclear war resulted of this and the surface of the planet was destroyed. Some humans managed to burrow under the Earth's crust before the nukes obliterated the upper world, taking with them what they could salvage. They turned their attention to constructing machines to resurface. Those who survived the blasts yet lived above ground mutated, and dominated the Earth until the survivors broke through the Earth's surface and an armed conflict between the two groups erupted. The single player campaign chronicles a war in 2140 which is eventually won by the faction chosen by the player. 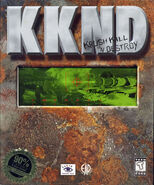 International cover art
Add a photo to this gallery 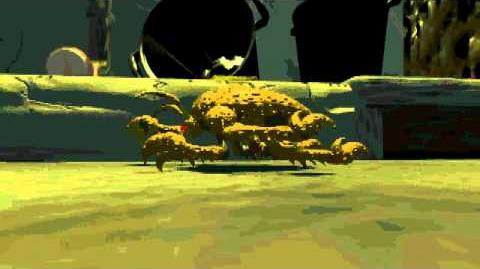 Retrieved from "https://kknd.fandom.com/wiki/Krush_Kill_%27n%27_Destroy?oldid=3218"
Community content is available under CC-BY-SA unless otherwise noted.