Welcome to the KKnD Wiki
The community-driven encyclopedia about the KKnD series that anyone may edit since December 25, 2015.

Krush Kill 'n' Destroy is a traditional real-time strategy series developed by Beam Software and published by Melbourne House in the late 1990s. The games are set in a post-apocalyptic world as a result of the global nuclear holocaust, the War of 2079. The games chronicles the armed conflicts that erupts between the re-emergent Survivors, the crazed Evolved, and later the misanthropic Series 9. The series is known for its use of humor and not taking itself seriously, compared to other RTSs which aimed to be gritty. 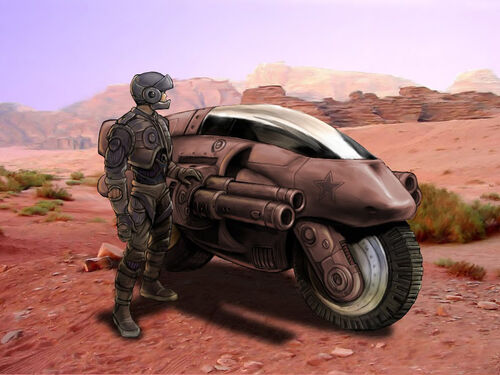 To view this site on better quality, you may need Mozilla Firefox or Google Chrome.

To start a new article, just enter the title in the box below and click the button.

Not sure where to start?

If you are new to wikis, see Help:Getting Started.

Want your community included? See how!

Retrieved from "https://kknd.fandom.com/wiki/KKnD_Wikia?oldid=2623"
Community content is available under CC-BY-SA unless otherwise noted.